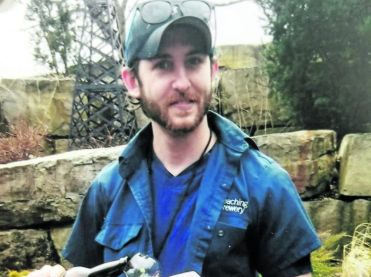 How it all started

Some see him the as the “Beer Man,” or the man of “unique” ideas. To our family we call him Son, Brother and Uncle. Matt has given us inspiration to thrive in what is now our passion. Matthew Derek Soos (1989) was a man of all trades growing up farming and going to school in the small community of West Elgin. He started a school career, graduating from the Bio-Resource Management Honours program at the University of Guelph (2012), and then graduated from a pristine class of 30 students at Niagara College in the Brewmaster and Brewery Operations Management, program (2015).
Matt was well known in the community of West Elgin and within the community of Craft beer, devoting the majority of his time to hops, malt, yeast, fermentation and unique ingredients. Working in multiple breweries in Ontario, his passion for this industry kept growing. He knew that one day, he would have a brewery of his own. Matt continued to make an impact on everyone he met, from teaching them a “unique” thing or two, to encouraging someone to see the most out of their potential. He had a way about him that made everyone see the brighter side of the day. His passion for the simplest of finds made his life story unique, but left his friends and family at his unexpected passing.
In August of 2015, Matt was taken the day before a celebrated event in the family. Something he was excited and patiently waiting for: the day his niece was born. Matt was an outstanding man who adored his niece and was so excited to be an Uncle for the second time. His life was sadly cut short, leaving him unable to fulfill his dreams. Selfless as he always was, even though the heartache of leaving us, he knew that there were others waiting patiently for another chance at life. Matt had always wanted to do the most he could for anyone, so his wishes were to donate what he could to matches around the world. Today, his memory, dreams and passions carry on in his nieces, parents, brother and sister in-law.
Natterjack Brewing Company Ltd. was founded in 2016 by Peter, Kathy, Dan, Racheal, Elise and Danica who have devoted themselves to honouring Matt’s Passion for finding the simplest things and making them unique, just as Matt would have done. Natterjack Brewing Company Ltd., has carried on his legacy by creating simple and unique beers, found along the shorelines of Lake Erie.